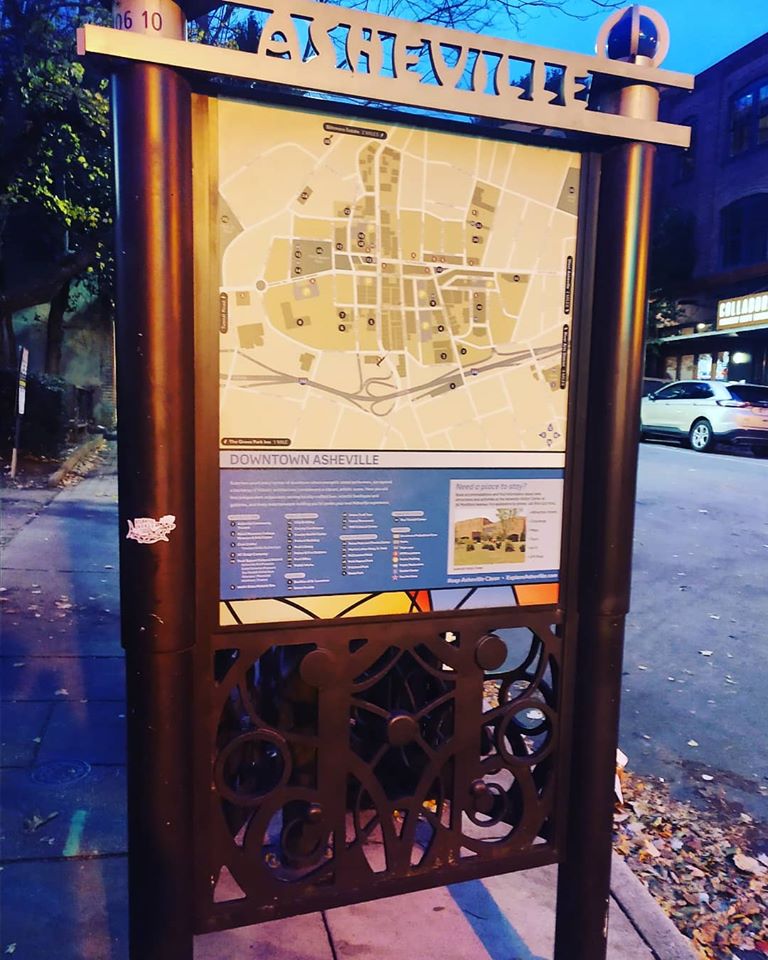 Another gap in writing, but finally a pretty sweet excuse why, other than my usual “I got busy” bs.

PAWeekendFun, at least in my own day to day life…is no more. It’s NCWeekendFun now, specifically Asheville, NC weekend fun.

Back in October,  just when I started thinking I was going to resurrect this guy, I entered the interview process for a content writing position at a company called VirtualJobShadow.com. I’d been actively trying to break into a legitimate, professional writing career for a little over a year at that point, and was particularly enthused over this position since it entails writing about education (my initial professional background, and what got me into blogging in the first place) and promoting a more democratized approach to career exploration, which has been something I’ve been passionate about since my time in the classroom.

Long story short: I accepted the position the first of November with the caveat that I’d relocate to Asheville after the holidays. Less than a week after formally accepting, I was driving down to my sister’s in Philly to have a celebratory dinner with her and my brother at Varga Bar and to take in one last Sunday Funday at McGillin’s, and the next day I was already on a plane to Asheville for two weeks of on-boarding at the new office.

My then potential, now current, boss had actually read some entries on this little blog and told me based on what she’d read, she thinks I’d love Asheville. She touted the hiking, the restaurants, and breweries. On paper, Asheville does seem tailor made for me. There’s more breweries per capita in Asheville than any city in the country, the tallest mountains east of the Mississippi are less than an hour’s drive just up the Blue Ridge Parkway, Asheville is known for live music and writing, and it’s a tourist town with a lot going on for a city its size. She sold it really well.

The thing is, she didn’t have to.

Asheville’s been on my radar for a long time as somewhere to visit, but it kept getting pushed down my life’s to-do list for no other reason than it was a 10 hour drive from NEPA, and why drive 10 hours for good hiking, if I could drive 5 or 7 and satiate my Adirondack and White Mountain obsessions at the same time? Speaking of, Asheville sort of has strong new England mountain town vibes.  In a nice full-circle moment, it definitely has strong Lancaster, PA vibes, from the many breweries, to the art galleries situated in between farm-to-table restaurants I could barely afford, to the obelisk in the square that downtown is centered around, to the ways locals eschew said downtown on the weekend because it’s overrun with tourists.

I wrote about Asheville back in 2013. If I believed in fate and such nonsense (which I might, in a small dose, which is another conversation, for another day, on another publication), I’d say that was a premonition, or a sign, but alas, I think it’s just a convenient coincidence, the kind that makes a nice anecdote in a blog post, the kind you might suspect the blogger fudged a bit, if he hadn’t included the linked proof. If I believed in fate and all that nonsense, I’d say I was tailor made for this city, and this position, and that something drew me here, but I think it’s more of a right place, right time situation. One of the reasons I dislike the concept of fate is that in chalking things up to it, you short change yourself. I decided to move 10 hours away from my beloved NEPA because I was offered a position I put a lot of groundwork into being qualified for, at a company I feel I could bring real value to. Fortuitous timing sure, but not exactly fate, especially since I’m writing about it on the very platform that by and large allowed me to keep my writing somewhat sharp. Anyhow, if you’d asked me in September of this year if I’d ever move to North Carolina, I’d tell you there’s a fat chance, yet here we are.

So, I’m southern now. I’ve been here for three weeks. I have a pretty sweet apartment with a pretty sick patio view of the Blue Ridge Mountains, and an even better view of downtown Asheville, albeit from the complex parking lot. I’ve visited 10 Asheville breweries and completed my first North Carolina hike this past weekend. I’ve also refused to adopt ya’ll as a greeting, and will not accept biscuits and gravy as anything other than cat food cosplay. I have adopted pimento cheese as a new favorite treat, fried chicken for breakfast, and sweet tea as a constant option. I’m still mourning the daily Turkey Hill chocolate milk that’s sustained me for decades, so maybe I’m just southern-ish now. I like misplaced Yankee.

So PaWeekendFun, I don’t think this is the end. There’s no need to end it, and I have a few pieces I started I want to finish once I start establishing more of a routine down here, but it feels a little inauthentic to be headlining PAWeekendFun from deep Appalachia (I don’t think Asheville is technically Appalachia, but don’t want to Google this confirmation because I like how it sounds in that sentence). I’ll be checking in now and then, but I wouldn’t hold my breath…all 7 of you who read this. It’s a new chapter. It’s time for something new. And I’m proud to announce that something new is AshevilleExplorer. Please, join me there on the other side. The below the Mason-Dixon side. Please bring Turkey Hill Chocolate Milk.  Preferably whole.