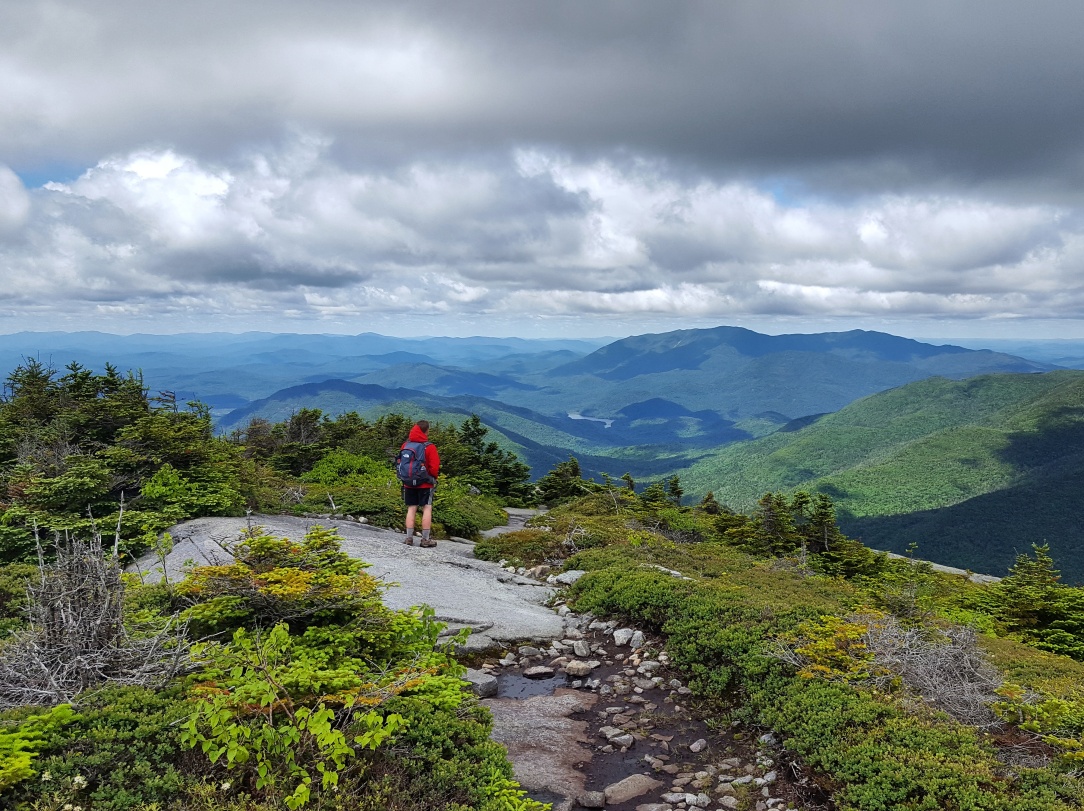 Weekly Check In: Getting Lost in the Wild

By brothwellp2 in Weekly Check In on October 26, 2017
No comments

I read this article on NPR today, and it blew my mind.

Take minute to read it over, and we’ll meet back here in 2 minutes. Three minutes tops. It’s a quick read.

For those of you who don’t have three minutes, the gist is that more Americans than ever are heading out to National and State parks to hike, and enjoy that the outdoors.  That’s a good thing. However, more and more people aren’t properly preparing themselves, and thus getting lost, injured, stranded, or in the worst case scenarios, dying.

While this article is about hikers in the United States as a whole, the focus is on the Adirondack Park in New York, one of my favorite places to hike and visit. The header photo for this post is of my brother, this past July, on the top of Mount Colden. I wrote about it here.  We hike pretty frequently, and have tackled some pretty tough climbs. I’m well aware of the dangers hiking can pose. When we hiked Franconia Ridge two years ago, we saw a man fall and dislocate his shoulder. During the same trip, a snow squall got us pretty turned around, and headed down a wrong trail.  Luckily for both us, and that man, it’s an insanely popular hike, that’s well marked, and you’re never too far from the next group of hiker’s.  We attempted the Presidential Traverse in the same New Hampshire mountain range this summer. We overextended ourselves, and bailed halfway, riding down Mt. Washington in a van with a guide.  The White’s have notoriously bad weather, and people die there every year from exposure. She told us that at that point she didn’t think there’d been any deaths that year, but three people had perished the year before.  Echoing the sentiments in this article, she added that three was higher than normal.

This NPR article though? It claims that nearly a dozen people have died in the Adirondack Park this summer. That’s crazy. It’s troubling too. It’s crazy in the fact that you don’t hear about these. I follow a ton of Adirondack-heavy blogs, sites, and social media accounts. I don’t remember seeing mention of any of these deaths.  It makes sense when you think about it.  As the article points out, there’s not a national database that tracks these things. And if you’re a travel blog promoting the Adirondacks, then you probably don’t want to highlight an influx of deaths in your backyard, especially if they were due to being unprepared, which is troubling.

The article also points out that planning a hike used to take work. You needed to consult guidebooks. You needed to call the parks. When you’re consulting guidebooks, and calling the parks, you have a semblance of what you’re going to get into, and probably plan accordingly by bringing the right supplies, and appropriate gear.  But with so many websites now, all you have to do is google a hike, and presto, there are six sets of instructions in front of you, the majority not written by guides or professionals, but bloggers, like me.  The article also points out how many people see a hike on Instagram or Facebook that tickles their fancy, find out where it is, and then head off without any more preparation.  I feel like that could be a metaphor for society today, but I don’t have the time, nor inclination to write an entire thesis.

The photo of my brother is gorgeous, and it tracked well on Instagram, but it was a physical feat to get there. It took planning, mapping, and plenty of rests. That trail is  marked exceptionally well, and we had a map. We both knew where the trail split, which splits to take, and what to expect, before we set out.  We had more than enough water, food, first aid kits, and changes of clothes.  If a freak snow-storm had hit, we would’ve been in a bit of trouble, but had something happen where we had to spend the night on the mountain, I think we would’ve managed OK.  This also wasn’t our first hike. We’d been working up to a big on like this for a couple of years.

If I sound like I’m trying to shame you, well maybe I am.  Just a bit.  It’s important to know your limits, and have realistic expectations, especially, as the article points out, because if you do require rescue, you’re also endangering others.  It’s tragic, and tricky, anytime you’re talking about people who died, but it’s more tragic when it could’ve been prevented. It’s mind boggling how many people are so blase about heading out into nature. I hope articles like this start making the rounds, and thus, then disappearing.