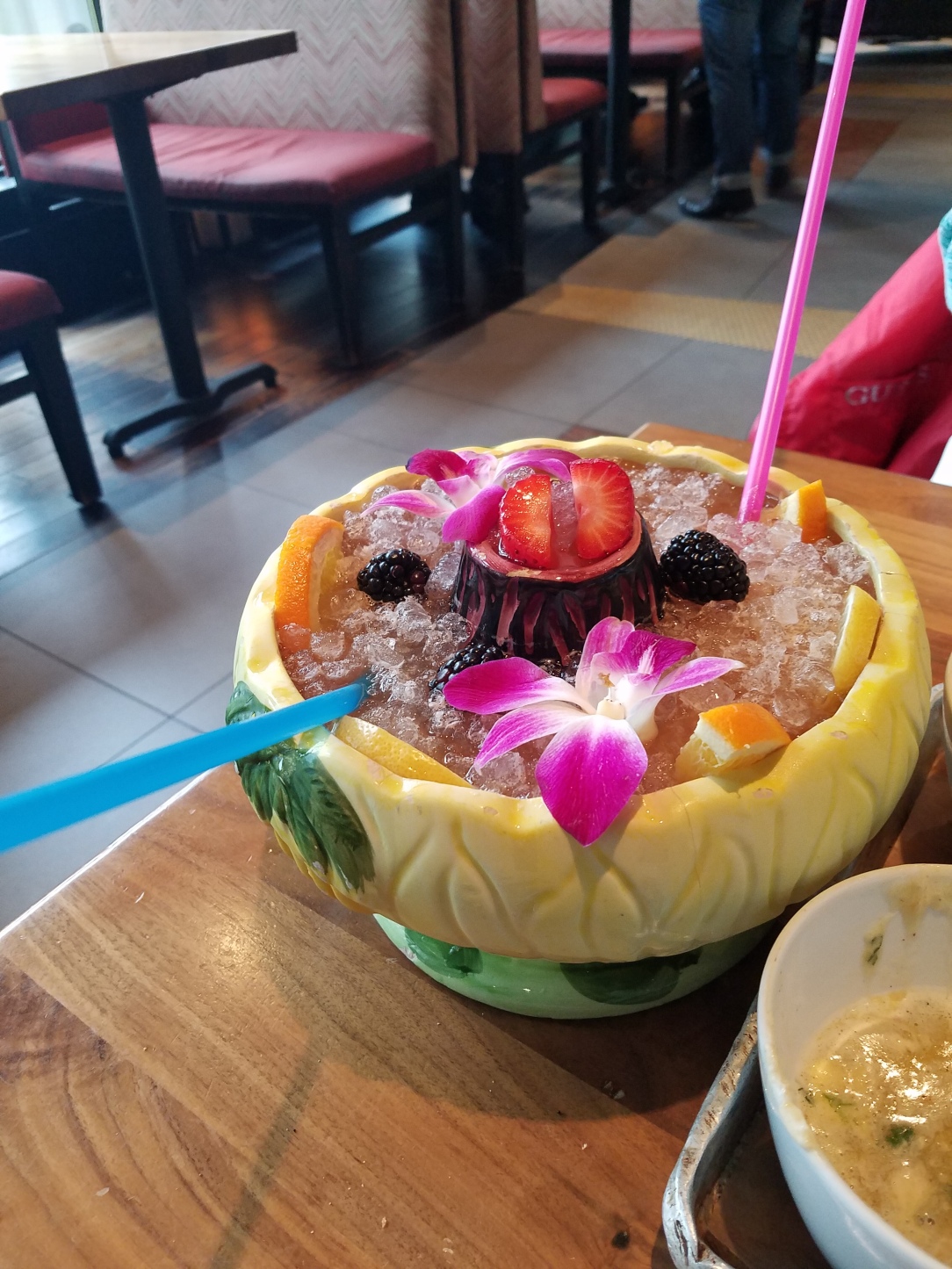 Weekly Check In: Reflections on One Year Ago

By brothwellp2 in Weekly Check In on November 10, 2017
One comment

Editor’s note: I wrote this at approximately 10:00 PM on Wednesday, November 8th, but am just publishing it now, on Friday, November 9th, which will make it a little less timely, and probably kill some of the hypothetical Twitter zeitgeist I could’ve accumulated, but I had a busy week at work, and I’m a slow writer, jealous of all you bloggers who could get a solid post banged out and published in two hours. Carry on.

I woke up late this morning. I’d been traveling for both work and pleasure over the past four days, arrived home late last night, and had allowed myself to sleep in. It was a perfect morning to spend an extra hour in bed, especially with the window cracked, and the first snowfall of the year still covering the trees.  When I did get up, I made myself  some really delicious scrambled eggs, with mozzarella, and smoked salmon, as well as a home made English muffin with butter and jelly. I ate that overlooking my sunny, snow covered backyard, and had one of those “life really is good” moments. Then, I turned on the news, and was reminded about how one year ago, Trump was elected President.

What a difference a year makes, right?

I think about how I woke up last year.  It was also late, because I couldn’t sleep. Part of it was because I had possible the worst case of the flu I’ve ever had.  Part of it was because I stayed up till almost three watching with dread as the maps they show on the news slowly became saturated with red.  It wasn’t late and rested though, and eating a great breakfast, and excited for the first snow. I don’t even remember what I ate, or what the weather was like. I spent most of that day on the couch, again, partially because I was sick as a dog, but partially because I was morose, and felt an impending sense of dread, mind you, not necessarily for myself. I’m a privileged middle class, college educated white guy from a supportive family. I’ll more or less be ok, which is probably why up until just prior to the election, I watched the whole thing unfold, with a sort of apathy that I don’t necessarily like to look back at and own, but have to.  I remember telling myself that day, that in the grand scheme of things, I’m not someone who’s going to be effected by this election in startlingly negative ways. The policies and laws Trump champions aren’t aimed at me, even though it wasn’t the policies that scared and worried me. It was the attitudes, and actions I felt this election would normalize.  I remember thinking to myself, damn, the country is a lot more sexist, racist, and scared than I imagined, or rather, more sexist, racist, and scared than my place in society has ever really made me confront, because I think last year, we not only witnessed a Presidential victory, but a victory for a certain outdated, very biased attitude.  I was melancholy on  that Wednesday of 2016. I felt forlorn and a little disillusioned. Mostly, I felt strangely let down, and had the feeling that things probably weren’t ever going to be the same.

That last feeling I had wasn’t hyperbolic either.  In some regards, things haven’t been the same. My view on the world, and of people, has done something of a seismic shift. I’m more cynical. I’m angrier, mostly at myself for not having paid closer enough attention for all these years.

I get why the kids use the term “woke,” because once you wake up to the grossness that’s happening in the world, you can’t just ignore it anymore.  There’s jokes now I can’t allow myself to blithely laugh along with.  There’s rhetoric, from people I know, I now find troubling. I don’t respect people I used to like.  I’m never going to be one of those people who say that America is an apocalyptic hellfire, but there are real problems in this country I was really blind to.

Personally though? My life is very much the same.  In fact, despite my strong, almost visceral reaction to Election Day last year, and despite the disgust I’ve had with the direction I see aspects of our country heading in, as mentioned earlier, until I popped on the news over breakfast, I forgot what this week was the anniversary of,  despite the fact that I was actually at the epicenter of things: down in DC for work on Election Day itself. I spent the afternoon having a nice, leisurely two and a half hour lunch with my cousin. She picked out a cool farm to table restaurant, Farmers Fishers Bakers I highly recommend if you’re down that way, on the Georgetown waterfront.  We shared an appetizer of breads and spreads, I had an amazing seafood soup, and we split a giant mai tai.  You can’t really complain with a straight face about shit when you can break up a Tuesday afternoon with a giant, overpriced mai tai.

I guess the point I’m trying to get at here, is my one year since election revelation is that I’m a pretty privileged guy. I could get mad at the news, or mad at our President, go off on social media, and bitch aloud at television pundits, but I’m in a position where a solid night’s sleep, a great home made breakfast, and a solid liquid lunch can overshadow the ugliness of the world. I’m lucky. I am as the kids also say, #blessed.

You know what I wish? I wish more people would realize that. I wish more people, especially peers, and people in my social circles, and my newsfeeds, would realize their own privilege and advantages. It’s not a bad thing. It doesn’t demerit my thoughts and opinions, and I don’t think it undermines anything I’ve accomplished. It doesn’t make my concerns any less valid, per say, and it doesn’t mean I shouldn’t share my opinion. But, I really think it means that I have to take an extra step to try and understand people from backgrounds I’m not familiar with. I think it means that I have to be cognizant, of how easy it is for someone in my position to be dismissive. I think that the natural inclination, when someone tells you your privileged, is to assert that you have it hard too, and that you also feel scared, and unsafe, and that you’re the one being marginalized. I haven’t done that in a while. I’m proud of myself for it, but once upon a time, not that terribly long ago, I did.

I hope more people like me start to realize the advantages they have, and instead of being indignant, and being defensive about it, that they start leveraging their position to do some good. Just think to yourself, if your have the kind of lifestyle to afford a European cruise, where no one talks down to you, and makes you feel like less of a person, should you really be spending your time and energy disparaging football players who often come from backgrounds where family vacations were not part of the vernacular, and being treated like a second class citizen is the norm? If you spend your weekends trying new dishes at new restaurants, should you be retweeting scathing indictments of a Puerto Rican mayor whose city is literally starving, from your brand new IPad? If you’re getting drunk at new craft breweries without a care in the world, because no one is going to take advantage of you when your faculties aren’t as sharp, should you be scowl, and roll your eyes at someone who claims they were sexually assaulted? I guess one year later, and I realize what we’re really suffering from, and I mean, I haven’t touched on the really scary shit yet, the global warming, the distrust of the media, the blatant disregard for facts, is a supreme lack of empathy in the country.  We think about ourselves, and what helps us. We don’t think often enough about others.

People can change though, and that’s what does keep me hopeful. It’s what still allows me  to have good days, good meals, and good times. We’re not so far gone we can’t bounce back from all this. I’m thankful I’m able to wake up in a good mood still.  I’m thankful for the privileges that I have, and I hope next year at this time, on Election Day 2018, and the day after, I’m not writing lamenting the things that are troubling me, but the ways I see things getting better, and I hope that on Election Day 2018, I can once again break up a mundane Tuesday with a 2 hour lunch and a giant cocktail, fingers crossed at least, because a Twitter induced nuclear war could really put a damper on those plans.

1 comments on “Weekly Check In: Reflections on One Year Ago”