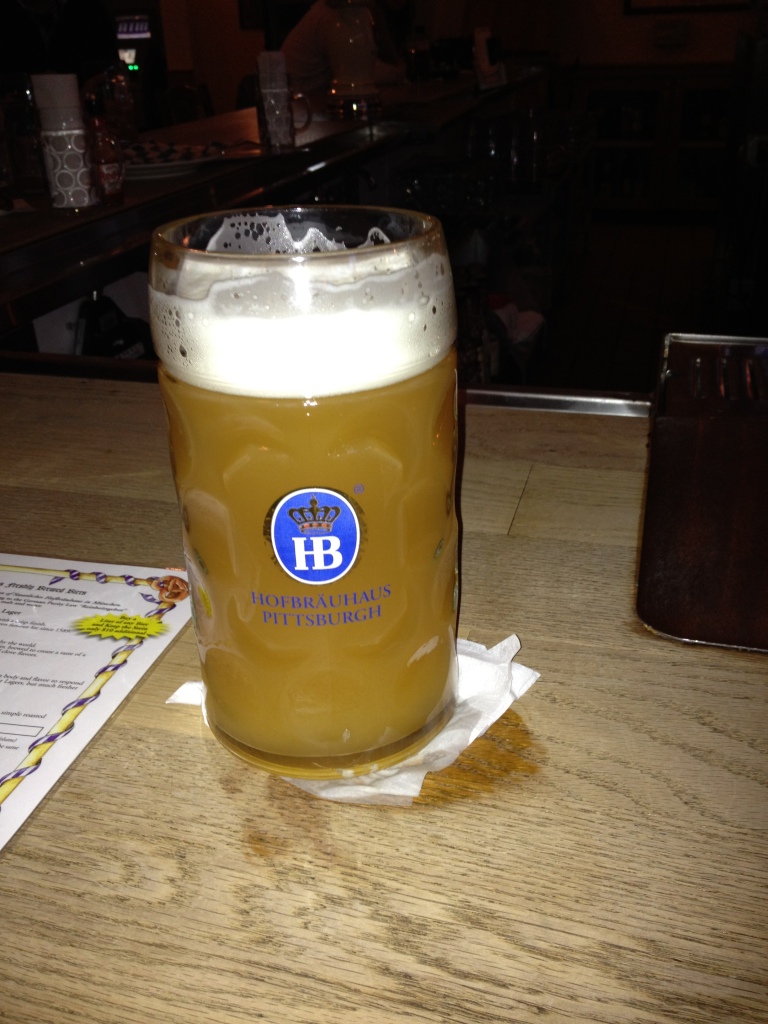 I keep getting the same reaction when I tell people I went to an Oktoberfest this weekend: “that’s weird, it’s only September.”

The original German Ocktoberfest is mostly in September.  Started in 1810, it’s a sixteen day festival that ends the first Sunday in October.  With 5 million visitors annually, it’s the world’s largest fair.  It probably would have been the longest running as well, if it weren’t for those two pesky world wars.

Oktoberfests in the USA often occur during the namesake month, but many keep with tradition and happen in September, especially if the organization sponsoring said festival is of German origin.  However, the rules stateside are much less stringent.  In Munich (where the original Oktoberfest occurs) only six breweries, Hacker, Pschorr, Hofbrau, Paulaner, Spaten, and Lowenbrau, are permitted to serve beer.  It must be of the stronger Octoberfest variety and must come in one liter steins.

Our Americanized Octoberfests less reliance on beer quality, rather stressing a last chance to celebrate outdoors before the winter months (most Oktoberfests are at least partly outdoors).

This Saturday, I went to the Oktoberfest at Mohegan Sun at Pocono Downs.  It emphasized locally brewed, fall beverages.  I drank a few Stegmaier Pumpkin Ales, before retiring to trusty Coors Light.  There was a Bavarian polka band playing, traditional Oktoberfest foods (potato pancakes, sausage), NEPA takes on fall fare (pumpkin pierogies, kielbasa on a stick), a beer stein strong man contest, and wiener dog races, which weren’t just the highlight for me.  I was pleasantly surprised to read about them in a central PA based publication.

Though it has no polka, sausage, or wiener dog races, one Octoberfest I always look forward is the Elk Mountain Fall Festival.   The lodge and bar are open during the day, along with a craft fair (snooze) and chair lift rides to the top of the mountain (it closes at 2, so come early).  I relish having brews on the bottom of the slopes, surrounded by NEPA’s glorious fall foliage.   It’s become something of a tradition to go up on Sunday afternoon, and I’m excited that this year it falls on Columbus day weekend.  I can enjoy myself without having to worry about driving back to Lancaster later for work the next day.

Lion’s Head Brewery used to have a good Oktoberfest with beer tasting and brewery tours, but that’s sadly no longer with us.  What is with us?  A whole ton of Oktoberfest action happening in Pennsylvania.  And, if you wish to visit the largest Oktoberfest in the USA, it’s in neighboring Ohio.  Cincinnati takes the honor.

While your driving through western PA, check out the Ocktoberfest at Hofbrauhaus Pittsburgh.

In the Lancaster area, Stoudt’s and Lancaster Brewing Company both have fall events planned.

Philly is practically overflowing with Oktoberfests.  I’ve attended the one at Fado Irish Pub before, which was fun, but a tad pricey.  If I was in the Philly area during Oktoberfest season, I’d be hitting up the giant Oktoberfest at Frankford Hall.  Frankford Hall is a German style biergarten hosting a two week extrafaganza including beer tasting, a pig roast, beer olympics, and a giant street festival.

Franklin Hall isn’t the only one getting into the action.  The whole city seems like it might be drunk this fall.